If you need a gritty yet unusually beautiful story to bring you back down to earth, then Manchester by the sea is the film for you.

Directed by Kenneth Lonergan, Manchester by the sea tells the story of Lee Chandler (Cassy Affleck) and his life after the death of his brother Joe (Kyle Chandler) upon where he learns that he is the named guardian for Joe’s son Patrick (Lucas Hedges). Ultimately this is a film about the value of life and how we can all effect the people we are close too.

What makes this film really stand out, is the acting. Cassy Affleck is electric in this film, he makes you feel as if you’re watching a documentary and you find yourself remembering that it’s only a film. His on screen ex-wife Randi (Michelle Williams) seems to work in chorus with Cassy, their chemistry is heart-breaking to watch because they clearly understand each other and the way they both work. Which for anyone watching their performance can see that this is stuff of awards. This brings me to the next big star of the film, the performance of Patrick is no other than a brilliant breakthrough. Lucas Hedges had previously been in Wes Andersons: Moonrise Kingdom (2012) and while he only had a small part in that, it is clear that his niche in acting is working in productions with a lot of value to them.

The fact that the film doesn’t barely have any CGI or special effects, par a few scenes allows this film to seem real, a thing that can make acting really difficult on performers. Thankfully the casting director saw the elements that these stars would bring to the production and I can almost say that a cast like this, has never impacted a film so much for me. There is a delicate rawness to the film, aided as such by the almost mundane plot line. Increasingly throughout it, the film grows into a feel good movie from a quite down putting start, there is a clear and simple ending that in my view works without needing a resolution in the masses.

Cinematography is one of the most important contributions to the making of the film in my view. Jody Lee Lipes shot the film in the snowy destination of ‘Manchester’ on a wide lens. The shots are beautiful, there is no other way to say it, they make you feel as cold as the snow in the film, and as light as the water when the sun hits it. The way that the town is filmed allows it to feel as if the buildings and boats are a character in themselves. If it doesn’t get nominated for its cinematography then there is something crazy with the awards this year, the film deserves it for its simplicity and elegance around such a dark topic. 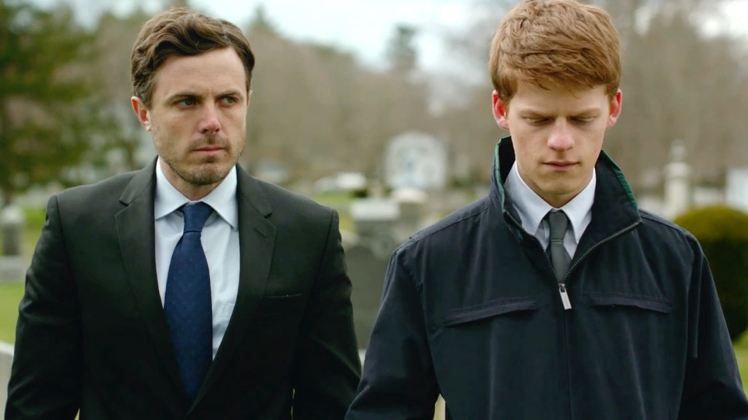 I won’t tip toe round the subject that this film provides, it’s not an easy ride, yet the outcome of it is substantially better than I thought it was going to be. It’s not a film I would watch multiple times, nor would it particularly count towards one of my favourites, but there is something about it that feels special, and in today’s age in cinema, that is hard to come by.